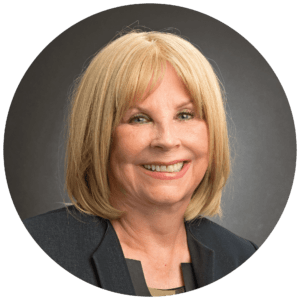 She was employed by the Houston Airport System for 14 years and held positions in the Planning, Design and Construction and Properties Divisions. In addition, she was the Executive Officer to the Director and negotiated and managed several projects such as the $135,000,000 Consolidated Rental Car Facility and acquisition of over 144 parcels of land for the North Runway at Houston Intercontinental Airport.  While at the Airport System, she served on the public art selection committee and liasson between the Airport and Houston City Council.

As Executive Director to the Greenspoint Redevelopment Authority, she has had the honor of working for a Board who is committed to including art and parks as an integral part of the Authority’s capital improvement plan.   Since the Authority’s creation, thirty pieces of art have been incorporated into public projects within the TIRZ boundaries.

Most recently, the Authority has developed the largest skate park in North America and a beautiful park (Dylan Park) completely assessable to children with all ranges of abilities. Currently under construction is a world class BMX Bike Park which will be the site of the 2020 BMX World Championships.

For many years, Ms. Bradford’s paintings were shown in the Americana Gallery in Carmel, California, and The Gallery in Burlingame, California. She is a lover of art in all forms. 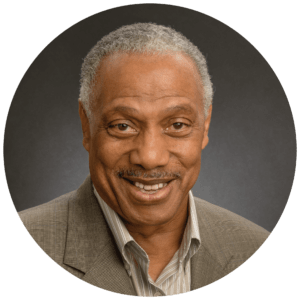 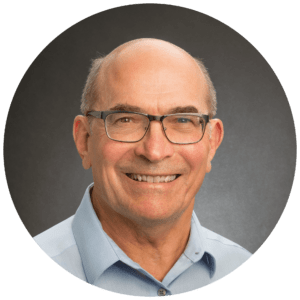 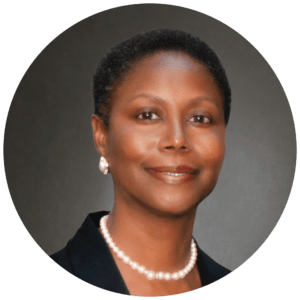 Melody is employed in the Greenspoint area with Morganti Texas, Inc. She has worked with Morganti for 24 years and is currently Vice President – Finance & Administration.

Melody received her BBA from the University of Texas at Austin and her MBA from Prairie View A & M University.

Melody serves on the Board of the Greenspoint Redevelopment Authority as well as the Greenspoint Management District. She has served on the Management District board for the past sixteen years and is currently Vice Chairman of the Board. Melody also serves on the Spring Education Foundation. She has served as Treasurer for the Greens Bayou Corridor Coalition. She has also served on the Board of Directors of Acres Homes Coalition of Schools. Melody is a member of Alpha Kappa Alpha Sorority, Inc. – Omicron Tau Omega Chapter, where she serves as Vice President.

Melody has been married for 40 year to Keith D. Douglas. They are the parents of one son, Derrick Keith Douglas and his wife Ericca.  They have 3 wonderful grandchildren, Kendrah, Isaiah and Faith.

Melody enjoys reading and is a member of Just an Opinion Book Club. She also enjoys travelling. 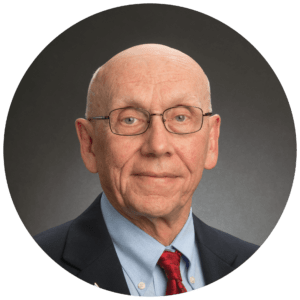 Mr. Baumeyer has served on the board of the N. Houston Development Corp. for the past __ years and has been an active member of the Greeenspoint business community for the past 40 years.

He managed a consulting practice providing architectural, engineering and land surveying services in Greenspoint beginning in 1977 until retiring in 2006. He was an active member in the Greenspoint Chamber of Commerce serving on numerous committees and a term as Chairman of the Board. In addition, he has given his time and experience to other social, civic, religious, and professional organizations.

Since retirement he serves as an adjunct professor at Lone Star College – North Harris teaching management courses. His education includes a BS &MS in Civil Engineering and an MBA. 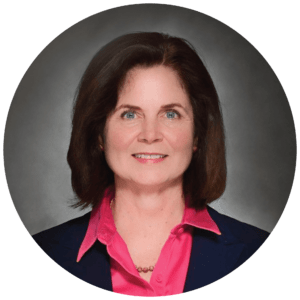 Johanna Boley, Vice President of Administrative Services at Lone Star College-North Harris, has served the Lone Star College System for over 20 years, and has been in her current role since 2006. She serves as the college’s chief fiscal and administrative officer, overseeing all aspects of operations including budget and finance, physical plant operations and more.

During her tenure at LSC-North Harris, the college has experienced unprecedented growth, with nearly 19,000 credit students attending classes each semester. Despite the many challenges created by this growth, Boley has maintained the college’s reputation for strong fiscal responsibility and its status as one of the leading community college’s in the nation. 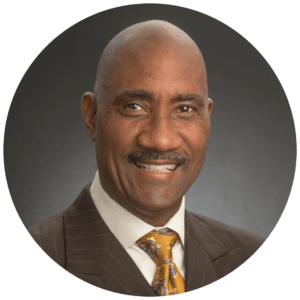 Roderick D. Dawson is a native of Houston, Texas. He attended public schools in the Houston Independent School District and is a graduate of Waltrip Senior High School. Rev. Dawson received his undergraduate degree from Texas Southern University and attended Houston Graduate School of Theology.

He is currently the Pastor of St. Paul AME Church where he has served for the last twenty years.

He is married to former Stacey Lynn Pryor and has two sons, Marsalis and Madison; and one granddaughter Bailey. 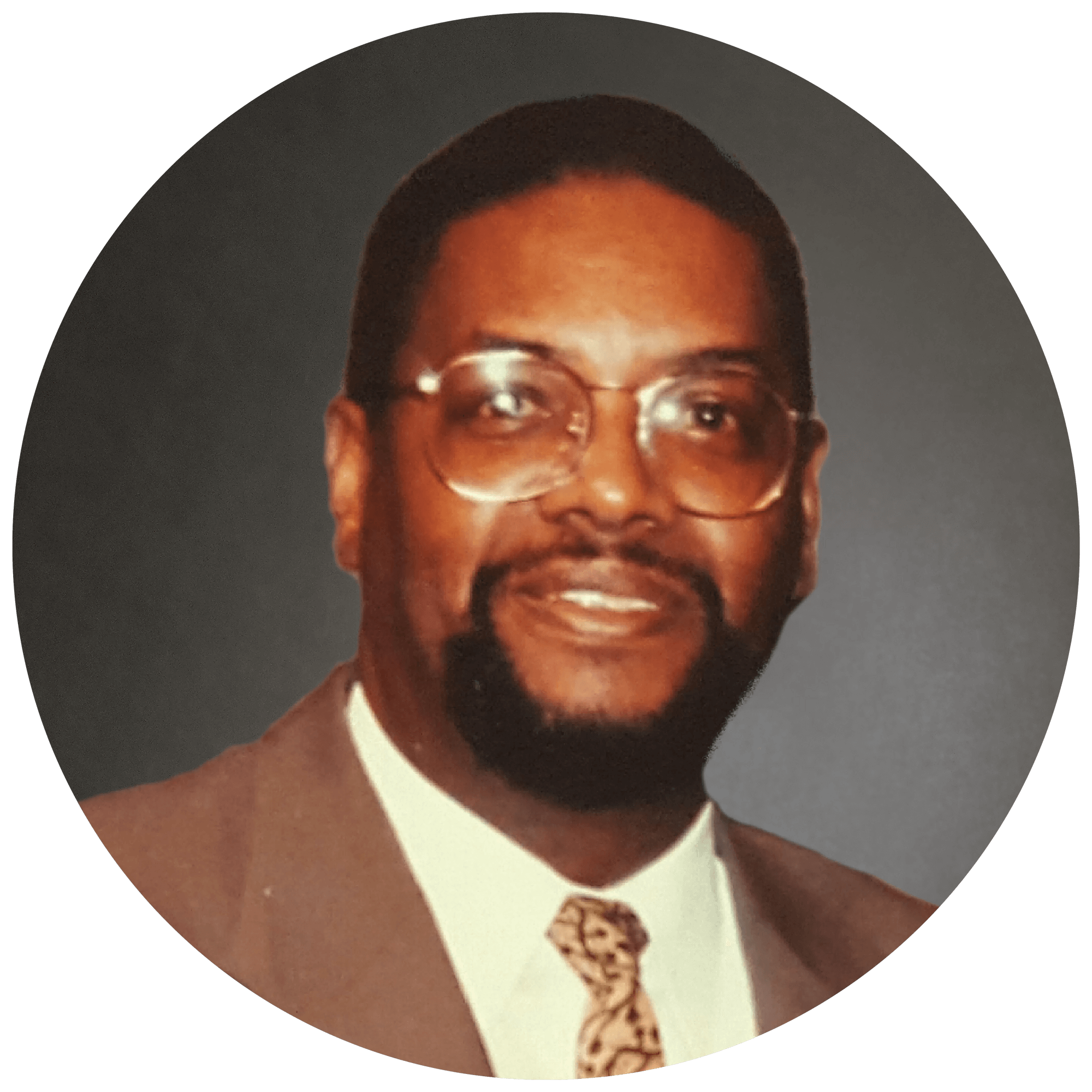 Charles H. Mock is a member of TIRZ Board where he offers his keen insight of urban planning and development. He received both his B.S, School of Industrial Technology, and MPA from Texas Southern University. Charles has a stamp in history as the first African American Senior Planner hired by the City of Houston.

During his thirty-two year career with the city he was instrumental in the progressive movement of the planning department as the developer of the Technical Assistance Plat Submittal (TAPS) system, implementation of the Planning Commission Agenda, planning consultant for 4th Ward CDCs, and the development and training of junior planners as the Division Manager of the Development Service Division and Urban Design Division. Mr. Mock was also, awarded the (NAIT Award) National Association of Industrial Technology Award for Outstanding Industrial Technologist in 1999.

Following his career with the City of Houston, he continued to expand his knowledge of urban planning and utilized his expertise in a plethora of civic, non-profit, and for profit ventures as the project planner for New Light Christian Church’s more than one million square feet of occupied structures and Volunteers of America.

Charles has been married to Zettie Mock for more than 50 years. She is his partner in life and in their consultant firm ZYCC and Associates. He is also the proud father of Dr. Yolanda Mock-Hawkins, PhD, MBA and Dr. Charlotta D. Mock, Phd. 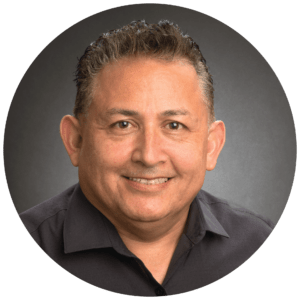 Art Murillo works for the Metropolitan Transit Authority (METRO) as the Senior Public Affairs Representative for METRO’s Northeast region – an area that includes the communities of Aldine, Humble, Kingwood, and Atascosita. Art works collaboratively with the public to strengthen METRO’s relationships in the community, and to cultivate a transit culture in the Houston-metro region.

Art was recently reappointed to serve a second term on the North Houston Redevelopment Authority Board of Directors. In 2014, Art was elected to the Lone Star College Board of Trustees. He has also served on the Board of Directors of the East Aldine District, the Intercontinental Chamber of Commerce, and the Aldine-Greenspoint YMCA. Art is also a Lifetime Member of the Houston Livestock Show and Rodeo. He received a Bachelor of Arts from the University of Texas at Austin, and a Master in Public Administration (MPA) from Texas State University in San Marcos.